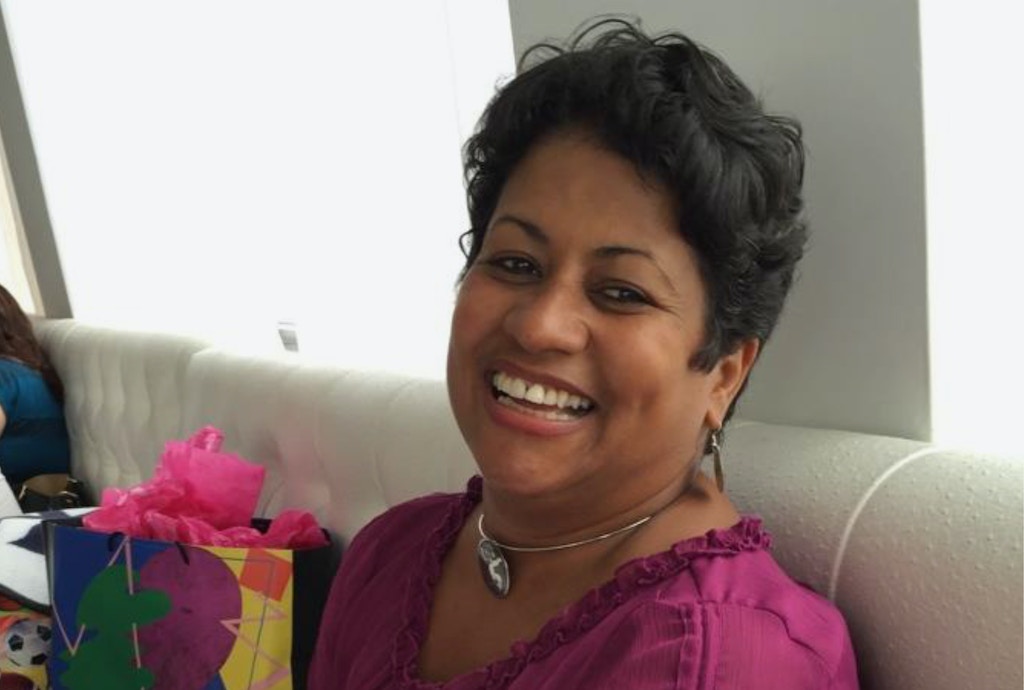 Neurologist Eugene Tolomeo documented an appointment with his patient Sandy Guardiola that took place on October 3, 2017. “She smiles often,” he wrote. She was in “good spirits.”

Guardiola, a parole officer in upstate New York, was scheduled to start work at a new office location following a four-week medical leave after a car accident. She asked the doctor to sign paperwork allowing her to return to her job. She was, he noted, “excited about going back to work.”

When Guardiola’s two adult children spoke to her that week, they said she seemed well. To this day, they do not understand why a police officer was sent to their mother’s apartment in Canandaigua, New York, to carry out a wellness check on October 4. Neither of them had been called, although they were listed as her emergency contacts at work. All they know is that Scott Kadien of the Canandaigua Police Department entered Guardiola’s home without her permission and shot her three times while she was in her bed. She died in the hospital that afternoon.

“Everything we’ve turned up about this case has been outrage after outrage.”

The police shooting of a Latina woman in a small upstate New York town, with a population that is 96 percent white, did not make national news. Even local coverage was scant. A grand jury declined to charge Kadien, who claimed that Guardiola shot at him first (she legally owned a gun, owing to her job).

Amid national antiracist uprisings, however, with renewed focus on the plague of racist police killings, Guardiola’s son and daughter are pushing for their mother’s story to become known. Hers is one of all too many deaths that illustrate the risk of entrusting police forces with overseeing community wellness. And, like most every police killing, the story of Guardiola’s death is one of cop impunity, unanswered questions, and ongoing injustice.

“Everything we’ve turned up about this case has been outrage after outrage,” said Luna Droubi, an attorney representing Guardiola’s children, Andrew and Alysa Ocasio. In 2018, the family filed a federal civil rights suit against the Canandaigua police, the city, Kadien, Guardiola’s apartment complex, and her employer. The case is ongoing, with Guardiola’s children striving to correct the public record about their mother’s death. Droubi told me that even the wellness-check request call, which catalyzed the deadly course of events, was “illogical.”

The call was made by parole officers in Rochester, New York, where Guardiola had stopped working prior to her accident, having already chosen to transfer to a different location. According to her children, Guardiola said she faced discrimination in the Rochester office; she was due to start work in Binghamton, New York, following her approved medical leave.

Yet it was her former office colleagues who called 911 to request a wellness check. Guardiola did not pick up her phone or respond to knocks on her apartment door. Her children believe that she had gone to bed in the afternoon, taken a sleeping aid, and put in ear plugs, knowing that she’d have to wake up extremely early the next day to embark on her new, three-hour commute to work.

The police officer, Kadien, entered Guardiola’s apartment with a master key fob. He claims that he announced himself many times and only fired his weapon after Guardiola shot first. A bullet from Guardiola’s gun was indeed found at the scene, but in the wall far to the side of where Kadien had stood to shoot her. The trajectory of that bullet, and the nature of the bullet wounds in Guardiola’s body, her children’s legal team says, suggest that she was defensively covering her face when her weapon went off. According to a statement from the attorneys’ firm, which hired a renowned forensic pathologist to review the case, “the evidence clearly suggests that Ms. Guardiola was shot while she was reaching for her weapon and that at no time did she pose a threat to Sergeant Kadien.” As Droubi told me, “the forensics speak for themselves.”

Other troubling details haunt the scene. Why, for example, did the officer call for police backup after the shooting, before calling for the emergency medical technicians who were on standby across the street? There was a 10-minute gap, while Guardiola was still alive yet bleeding to death, between the shots firing and the medics being summoned. Why was Guardiola put in handcuffs? “They were supposed to be there for her wellness, not to apprehend a criminal,” her 24-year-old daughter, Alysa, told me.

And why, in the immediate aftermath, did law enforcement officials lead Guardiola’s family to believe that she had effectively committed suicide-by-cop? “I had just spoken to her,” Alysa said, echoing the words of the doctor that she had been in “good spirits” and was making future plans. “We knew something was very off,” Guardiola’s son, Andrew, said of the police narrative.

The recent antiracist uprisings have given rise to crucial and long overdue challenges to the role of policing in the U.S. A vast array of roles performed by cops, to the detriment of so many lives, should be carried out by social, health care, and community workers, untangled from a system of criminal justice, surveillance, and violence. Resource redistribution is necessary for wellness; the brutal policing of Black, Indigenous, and Latinx communities is not.

“There needs to be a change in how wellness checks are done, and who does them,” Alysa said. “You see it all around the country — people having manic episodes being killed or detained.”

Within the white supremacist context of this country, where Black, Indigenous, and other people of color are framed as a threat, summoning the police for wellness checks risks sentencing to death the person whose wellness is purportedly at stake. In New York, Chicago, North Carolina, Alabama, Minneapolis, and elsewhere in recent years, people — predominantly Black people — have been shot by police called for wellness checks. The very notion that armed cops are best suited to deal with an unwell person is belied by the sheer fact that disabled individuals make up a third to a half of all people killed by law enforcement officers. Guardiola was not ill, as her doctor had attested. Had she been, it’s hard to imagine a universe in which sending an armed cop into her apartment would be a solution toward wellness.

“There needs to be a change in how wellness checks are done, and who does them. You see it all around the country — people having manic episodes being killed or detained.”

Police killings like Guardiola’s clarify the American myth of a citizen’s protected private property. White property is inviolable. The discriminatory application of “Stand Your Ground” laws make this clear. So, too, do spectacles like that of wealthy, white supporters of President Donald Trump imperiously pointing guns at Black Lives Matter protesters from an ostentatious mansion.

Racism and property are intractably bound in a country built by people owned as property, on stolen land. Police raids, deadly so-called wellness checks, and no-knock searches, not to mention the patrolling of public housing — all examples of how the state continues to treat the property of Black, Indigenous, and other communities of color as violable. For months, Breonna Taylor’s name has been chanted at protests across the country. She was murdered in March by plainclothes officers in Louisville, Kentucky, who entered her home on a no-knock search warrant. Taylor and her partner believed there were intruders in their home, because there were. Andrew has been attending numerous Black Lives Matter rallies and protests in recent months. While his mother was Latina, not Black, he rightly sees her death as part of an unbroken history of racist police killings. “If my mom was a white woman, I think the whole interaction in her apartment would have maybe gone differently,” he said. He told me that since his mother moved to Canandaigua just three months prior to her death, she had often told him about receiving stares from the town’s majority-white residents. Alysa said that her mother’s new office transfer was part of a longer-term plan to move downstate and away from that environment.

In certain ways, Guardiola’s children recognize that their mother’s story is unusual in a movement antagonistic to the police and the carceral system. She was, after all, a parole officer. She had previously worked as a corrections officer on Rikers Island, the infamous New York City jail, before obtaining a master’s degree in social work from Columbia University and retraining as a parole officer. She specialized in working with parolees with mental health issues, and both her kids spoke of her desire to bring her caring attitude to her work, which adds a dark irony to her death in the context of a wellness check orchestrated by that same system.

Neither of Guardiola’s children approach their advocacy for their mother from an abolitionist stance; they want to see reform and, at the very least, Alysa said, “recognition of wrongdoing” where there has been none.

“At first, I held onto the hope that since my mother was a law enforcement official, that the system that she served would serve her,” said Andrew.

Her death, and the lack of any accountability for it, make clear the response to the slogan chanted again and again by protesters at police: “Who do you protect? Who do you serve?” The answer is very few people indeed.